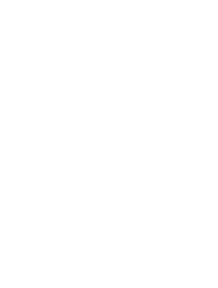 The CLO Census was open from 5-19 October and a record 389 market participants took part. We would like to extend sincere thanks to everyone who participated. The Creditflux November magazine, released at the start of next month, will feature a deeper analysis on how people voted depending on their role (banker or trader, manager, investor, service provider) and will cover market views on the biggest themes this year

Following the close of this year’s census, JP Morgan was a quadruple winners in the US, with results declaring it the best at syndicating, structuring and providing both the best access to loans and the best warehouse service. The latter service has been in the spotlight for arrangers generally this year, with many CLO warehouses underwater and CLO managers struggling to price. Barclays retain top position in this category in Europe with 27.8%, although BNP Paribas has moved up to take second place.

However, JP Morgan is only third to date in our league tables by pricing volumes. Bank of America takes the top spot in that regard, and also managed second place in the best US structuring and best access to US loans categories. Citi, which vied with JP Morgan for supremacy in the US categories in last year’s census, is close behind JP Morgan and Bank of America, featuring in the top three of the syndication, structuring and access to US loans categories.

After a hugely successful entry in Europe last year Jefferies continues to poll well with our audience, retaining its position as the best European arranger at syndicating to a wide group of investors with 24.7%, although in the structuring category it has slipped slightly to second place, with Credit Suisse taking the top spot a time of heightened scrutiny for the bank. Jefferies is currently in the lead for overall pricing volumes this year in Europe, whilst Credit Suisse is significantly behind in seventh. BNP Paribas and JP Morgan were joint winners in the best access to European loans category, with 18.6% of the vote.

In the secondary market a clear winner emerged in the trading categories with Morgan Stanley voted as the bank most willing to make markets in both US and European CLO tranches. The dual win is an impressive feat in a tumultuous year for CLO trading, with numerous departures and moves from a wide range of trading desks, including Morgan Stanley itself  having lost Adam Reynolds to LGT Capital in September and John Wojciechowski to Wells Fargo in July.

In the investor categories Oxford Funds overtook last year’s winner’s Eagle Point Credit Management as best US CLO equity investor, with a commanding 53.1% of the vote. 2022 has been a successful year for the Connecticut-based fund manager, after it took home the prize for best public and best private closed-end CLO fund at this year’s Creditflux awards.

PGIM took home 17.2% of the ballots in the best US CLO senior debt investor category, with BlackRock in second place and 7.7% of the vote. PGIM is a well-known investor in the US, buying in both the primary and secondary markets.

Bank of America and Credit Suisse shared the honours in the CLO research/strategy categories, each taking a first and second spot in US and Europe respectively. Wells Fargo, historically dominant in these categories, slipped to second place last year after losing David Preston, and has now slipped out of the top five altogether.

In terms of service providers, Kanerai stood out as the clear winner in the valuation categories, coming top for best CLO portfolio management service, best CLO valuation service and best CLO analytics service, where it beat Intex to the top spot by 32.3 to 29.%. It also won the best secondary CLO platform category, with last year's winner Citi Velocity slipping to third place.

Despite a difficult year for trustees in general and US Bank in particular given staffing shortages, it remains firmly at the top of the charts for our trustee category, with 60.8% of respondents declaring that it provides the clearest, most timely and accurate reporting.

On the CLO accounting side, last year’s winner continued to dominate, with 52.1% of answers describing Deloitte as providing the best CLO accounting service. Our new category this year, best CLO docs service, was dominated by Dealscribe, which pulled in a massive 70.4% of votes.

In the law firm categories the busiest law firms tended to be the most popular, with Paul Hastings taking home 27.1% and 30.% of the vote for best US and European arranger counsels, two categories where it was top by volumes in our rankings as of the end of Q3. Similarly, Cadwalader was a strong second place in both the census and our rankings.

The manager counsel categories also largely stuck to the script, with Milbank winning the US category with 25.0% of the votes, where it has been the most prolific this year, and Dechert following closely behind. In Europe Milbank and Paul Hastings shared the top spot with 16.9% of votes each, whilst in the volume of mandates Paul Hastings was a nose ahead at the end of Q3.

Dechert and Cadwalader were voted the best advocates for the CLO industry. In the US Dechert came top with 26.9% and Cadwalader second (along with Milbank) with 14.1% of the vote, and in Europe Cadwalader came first with 35.2% and Dechert and Milbank split second place. Walkers tops both the best offshore legal services and best offshore administration service categories, having also come first in these last year.

For the first time in the history of the Creditflux census, Standard and Poor’s (S&P) has topped our category for the rating agency that does the best job for European CLO investors, narrowly beating perennial winner Moody’s to the top spot, with 33.8% of the vote compared to 32.4%. Fitch Ratings came in a respectable third with 28.4% of the vote. In the US, Moody’s remain clear at the top of our census, with 40.7% of respondents declaring them the best rating agency for US CLO investors. 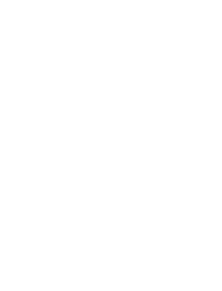 Creditflux is the leading information source for credit funds and CLOs.

Be the first to know about what is going on in these fast moving markets.

Our flagship event returns in May 2023