Against a backdrop of soaring prices, supply chain challenges and reflection on the "energy transition," investors discussed the merits and headwinds of investing in resilient infrastructure assets during the 30 March Infralogic Investors Forum - New York.

Taking their foot off the gas?

Natural gas remains a divisive source of fuel for the so-called "energy transition," both eminently necessary in the short to medium term yet anathematic to investors focused on decarbonization.

Shawn Cumberland, managing partner of EnCap Energy Transition, said his firm had committed during fundraising not to back any new-build natural gas projects. But even a proposal to buy an existing gas plant, add a battery and reduce its carbon output met a chilly reception.

“It didn’t fit on the bumper sticker of, ‘Thou shalt not do carbon-based projects,’” Cumberland said during a panel on decarbonization at the Infralogic Investors Forum in New York on Wednesday. “So we relented and gave up the opportunity.”

Such an approach is unhelpful, Cumberland added. He found agreement from other panelists.

“We are not yet ready to function on pure renewable. I think we all know it,” said Nicolas Moessner, senior director of infrastructure financing at CDPQ. “From peakers to baseload, at some point you need to stabilize the grid. And people will be on the street if it’s not the case, to be honest.”

Rishi Patel, principal at I Squared Capital, noted that his company has invested in CCGT plants.

“Given that a lot of the generation today is still coal and that the wind doesn’t blow all the time and the sun doesn’t shine all the time, these assets are necessary,” Patel said. 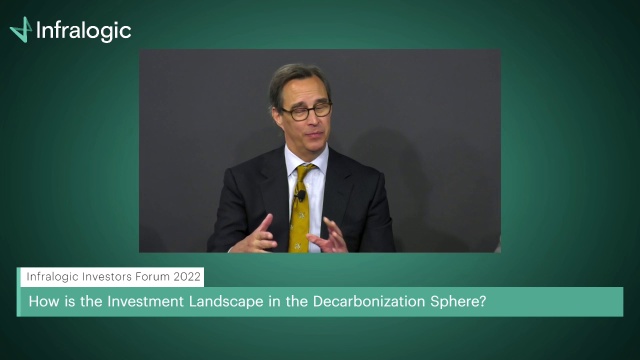 play_arrow

Video How is the investment landscape in the decarbonization sphere?  30th March 2022

Amid tremendous optimism surrounding the future for electric vehicle (EV) charging infrastructure, major questions remain about how financing for chargers will be structured, panelists told the Infralogic Investors Forum audience.

With much of the landscape for EV charging still a blank canvas, Mansi Patel, head of US infrastructure and project finance for Metlife Investment Management, said that equity investors are likely to lead the way in funding infrastructure deployment, with the secured debt sector waiting in the wings for more certainty.

“From a debt perspective, we’re optimistic. But we’re still a little ways away,” Patel said.

But different service models could lend themselves to different financing structures, none of which fit neatly into an “existing box,” said Ray Di Prinzio, SMBC’s co-head of infrastructure global structured finance, North America.

Buildout of charging infrastructure for vehicle fleets and passenger vehicles could evolve in very different ways, he said.

“None of it fits neatly into a revenue model that we’re used to,” Di Prinzio said.

Di Prinzio pointed to the recent announcement by French hypermarket retailer Carrefour that it will install more than 700 EV charging stations at its parking lots as a potential model for deployment to meet consumer demand. 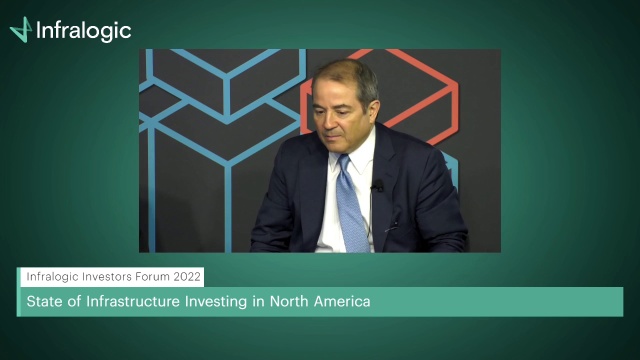 The Carlyle Group’s Pooja Goyal foresees a world in which electric vehicles are used to provide “electric grid stabilization services” by storing and providing power to the grid via bi-directional charging technology.

“If you have these electric vehicles, you're kind of empowering the owner of the electric vehicle to use that electric vehicle as its own power generation source, potentially, because that battery will have the ability to provide power onto the grid,” Goyal, partner and chief investment officer at Carlyle, said during a morning keynote interview.

While some EVs already feature the bi-directional technology, two issue must be resolved before it is widely used: Automakers will have to agree to stand by the warranties for auto batteries, which are routinely charged and discharged in such “stabilization” schemes, and electricity providers must agree to terms to compensate EV owners for the use of their vehicles as power generators, she added.

“We just need to figure out what the right compensation mechanism is in order to make that happen,” Goyal said.

Earlier in the interview, Goyal cautioned patience with the energy transition. 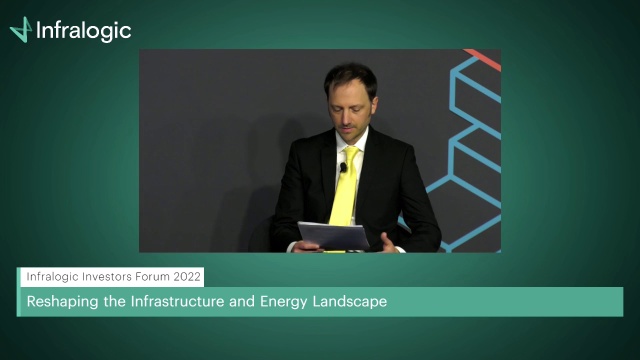 The federal infrastructure act will not crowd out private investment in infrastructure but instead could lead to the "golden age of infrastructure," former US Department of Housing and Urban Development Secretary Henry Cisneros told delegates.

Cisneros, chairman and co-founder of American Triple I Partners, and Jessica Jennings, legislative director of the National Association of Counties, discussed how investors can prioritize opportunities in the wake of the US infrastructure law during a panel session.

Instead of federal money crowding out private investment, the opposite likely will be the case, Cisneros said.

The USD 550bn in funding “is only a fraction of the need,” he added.

For the federal dollars to be leveraged to the greatest extent possible, “it will be very important for the private sector to be aggressive” in seeking out P3 opportunities, Cisneros said.

That could result in “doubling the money” and “the result will be … what I would call the 'golden age of infrastructure,'” Cisneros said.

Cisneros and Jennings said that to be successful in leveraging federal money on local projects, those executing public-private partnership contracts have to keep in mind the needs and desires of local communities. 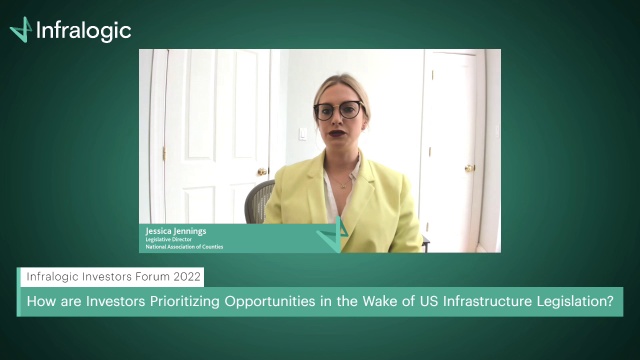 play_arrow

Video How are investors prioritizing opportunities in the wake of US infrastructure legislation?  30th March 2022

Ben Jenkins said he predicts there will be a "radical shift" in how contracts are structured to account for inflation and the higher cost of power.

Current contracts for data centers may or may not pass through energy costs to clients, Jenkins said. He said he wonders if the spike in prices will start to impact the valuation of data centers.

DigitalBridge is a listed digital infrastructure investor with multiple platforms, including data centers. The industry has seen soaring valuations and several large deals in recent years.

Santhosh Rao, a managing director at Natixis, said at the conference that he believes data centers are less exposed since energy prices are often passed through and debt coverage ratios offer lots of buffer for companies with leverage.

Still, he said some are under pressure, depending on their operating model. 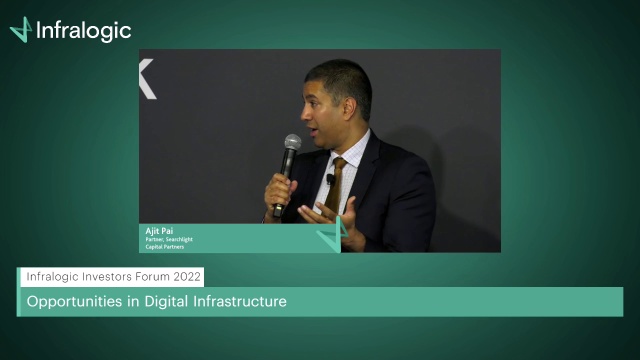 The US renewables energy sector, as it stands today, is encountering an unprecedented degree of uncertainty, John Breckenridge, president and chief executive officer at independent power producer Arevon, said before conference attendees.

Permitting and a general overhaul of the power transmission sector are additional headwinds for the development of greenfield projects, speakers on “The Future of Renewable Energy Investment” panel agreed.

Meanwhile, the movement among investors towards ESG assets and projects creates an environment of more capital is pursuing a limited number of projects, assets or platforms available in the market, resulting in overpriced valuations.

Nevertheless, while net-zero pledges and commitments pile up among relevant players, the need for additional buildout will exist, creating opportunities for investors with a longer-term horizon, said Michael Hill, managing director and head of sustainable energies group for the Americas at CPP Investments. 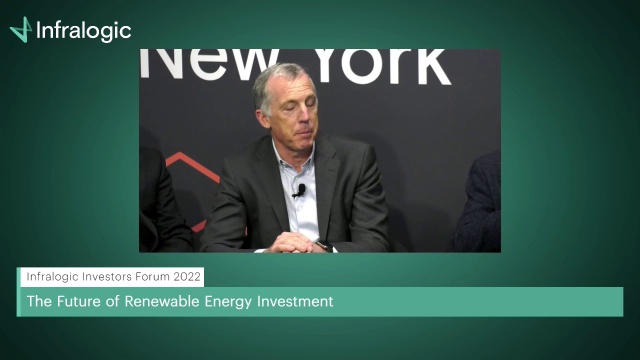 ESG as an opportunity

The overarching trend that requires infrastructure investors to conform to ESG requirements should be seen as an opportunity rather than just a problem, according to Grover Burthey, head of ESG portfolio management at PIMCO.

“ESG isn’t solely about trying to avoid some sectors,” he said during an ESG dedicated panel. “This is an enormous capital deployment opportunity, which is exciting. We could argue that post financial crisis the world has underinvested in infrastructure and heavy resources, and now we have to correct that.”

Over time, the various forms of ESG assessments and grades that are now increasingly being required across every sector will inevitably lead the market towards widespread adoption of ESG criteria, despite concerns the term is being used only as a catchphrase.

The main challenge now, according to Burthey, is the lack of consistency in what ESG means and requires.

“We’re advocates for more disclosures by everyone. Investors like PIMCO are trying to determine this information and it’s better to all have the same input, so we can compare the outputs that you’re using those inputs for,” he said. 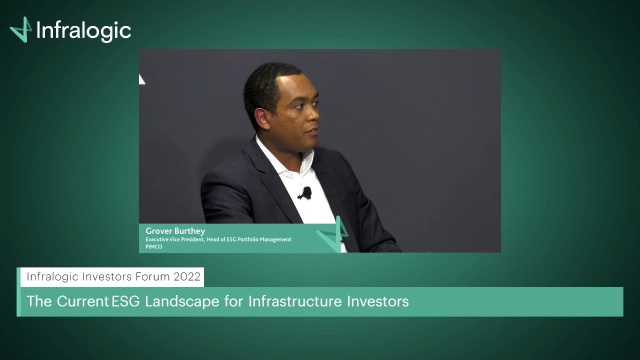 In a panel discussion on how infrastructure investors are prioritizing investment opportunities in uncertain times, Nova Infrastructure founder Allison F. Kingsley and Ridgewood Infrastructure principal Chea Hart highlighted the importance of structuring risk into investment protocols, as well as managing inventory stock and contracting amid inflation.

In a transitory inflationary period, management teams may not want to lean into equipment purchases. But if you expect persistent inflation, going long on inventory can be advantageous, Kingsley said.

“That way we don’t end up with the time dissonance of not having the equipment match, Kingsley said, speaking about Nova’s fiber-to-home business telMAX.

Considering what are critical assets in a portfolio is important as well when gauging uncertainty, Hart said. Often embedded into Ridgewood’s contracts is a consideration of who is best situated to bear risk.

For instance, the Vista Ridge water pipeline that supplies San Antonio with 20% of its fresh water, inflation and fuel costs are borne by the offtaker, supply chain risk is contractually borne by the outsourced operator and interest rate risk is eliminated by refinancing, Hart said. On top of that, the product, water, is essential.

Kingsley said it’s an open question in a period of high inflation that having a long-term contract with a set price is desirable.

“Merchant is almost a dirty word in the infrastructure asset class,” she said. But, who is able to reprice in a timely fashion on the revenue and pricing sides are key considerations when reviewing those contracts.

“What’s the mechanism by which you’re actually going to turn on your inflation protection?” Kingsley said. “It’s not self-actualizing … you can’t be passive in a time of high inflation.” 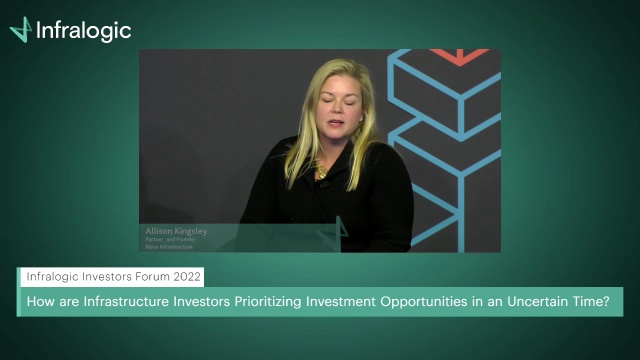 BNP Paribas expects sustained capex to provide a tailwind not only for infrastructure businesses but also the broader economy, lowering the odds of a recession in the near future, said Andy Schneider, the firm’s senior US economist, during a keynote speech.

“We’ve had strong capex spending all through the post-pandemic recovery and capex expectations remain quite high. I think this is a tailwind and is probably going to persist,” he said, adding that strong aggregate demand and diminishment of supply challenges are all positive for the economy.

While risks have grown for a US recession, it’s not BNP’s base case, he added.

The senior economist expects the Fed to raise rates above its neutral rate of interest as prices, measured by the consumer price index, are currently outpacing the central bank’s interest rate policy. Catching up, Fed officials are expected to increase rates by 2.25-2.5bps by year-end while beginning to unload some of its balance sheet in May. For 2023, BNP expects the central bank to hike by 75bps, giving the market a Fed Funds Rate between 3-3.25%.

BNP estimates that headline inflation will finish the year at 6.2%, slightly lower than last year’s 6.7% market, while core CPI will be 4% this year, following 5% last year, he said.

If inflation remains elevated into next year, the Fed’s response could see the unemployment rate increase and economy slow, risking recession. Although, Schneider noted the market could also see a flattened yield curve between the 2-year and 10-year segment of Treasuries. An inverted yield curve, where short-term rates are greater than long-term, usually signals recession is ahead. 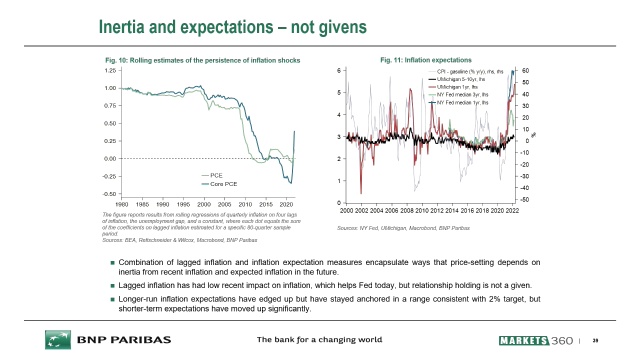 play_arrow

Video Addressing the risk of inflation, an overview of macroeconomic trends and forecast for 2022 and beyond 30th March 2022