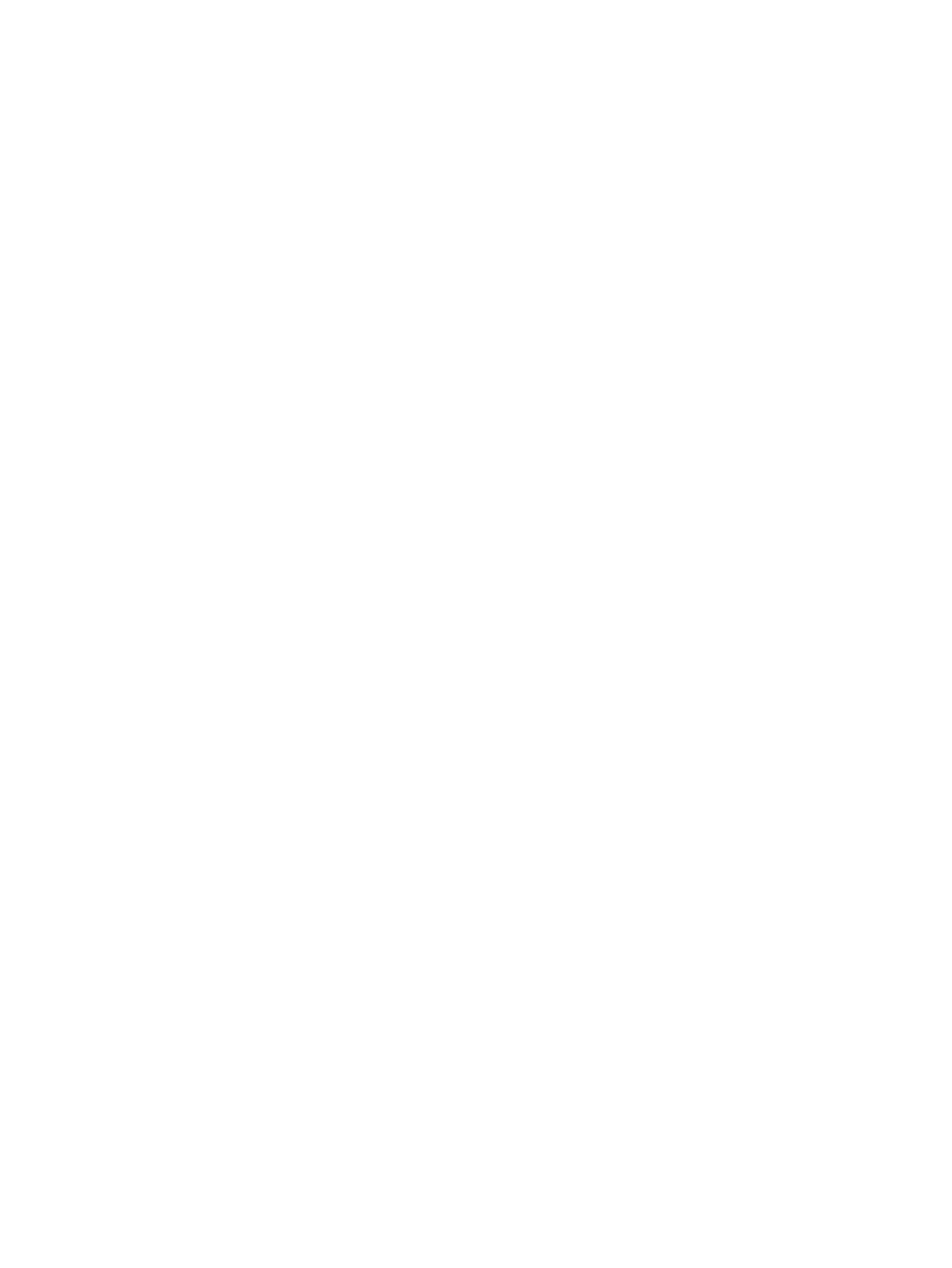 Prior to joining Daido Life, Mr. Matsuo held such posts as Director and Managing Director and served as an M&A advisor to various insurers' transactions at PwC Financial Advisory Services Japan from 1999 to 2002. Earlier in his career, he worked for Nippon Life Insurance Company for 13 years, where he managed overseas sovereign credit loans and investments.

Mr. Matsuo received his MBA from Duke University and BA in Economics from The University of Tokyo. He passed the US CPA exams.

Soichi Sam Takata has been with Tokio Marine Asset Management since the creation of the private equity investment team in 2002. Before that, Mr Takata was at Tokio Marine & Nichido Fire Insurance (Tokio Marine) working in their alternative investment team from 1997 to 1998, and again from 2001 onwards, managing a global portfolio of private equity, hedge funds, infrastructure funds, CDOs/CLOs and other alternative assets.

Mr. Takata spent three years at Tokio Marine Capital, Tokio Marine's private equity investment arm, working on management buyout and development capital transactions in Japan. During this period, he also spent time at private equity houses in the US and the UK. Prior to that, he spent over two years on secondment to the Export-Import Bank of Japan (now the Japan Bank for International Cooperation) working on project finance transactions around the world.

Mr Takata began his career in the international investment department of Tokio Marine overseeing an international portfolio of managed assets. He has a BA in economics from Harvard College.

Isamu is a Partner and a member of the Client Service Team. He works closely with clients in the management of their portfolios, including providing assistance in the development and monitoring of their private equity programs. Additionally, he is actively involved in the portfolio construction and ongoing monitoring of the various fund of funds programs and separate accounts. Isamu is also involved in the development of consultant relationships.

Isamu spent 15 years with UBS Global Asset Management as a Managing Director and Head of Pension Funds Marketing. As a senior member of the Tokyo team, he was responsible for business development and relationship management of large institutional clients/consultants in Japan.

From 1990 to 1998, Isamu worked for LTCB, a Japanese bank for FX administration, corporate finance including company due diligence for loan lending, client relationship management and business development.

Isamu is a certificated member of the Securities Analyst Association of Japan (CMA).

Masashi Kataoka is General Manager of Alternative Investment Department at Dai-ichi Life Insurance Company. Prior to his current role, he had led various teams since 2014; hedge fund investment, PE fund investment, infrastructure fund investment, venture fund and direct investment team. He worked 4 years until 2014 at Dai-ichi Life’s NY office and led the manager selection / due diligence practice as well as strategic activities with US asset managers. Since joining Dai-ichi Life in 1997, he has about 20-year-experience in investment related sections including Investment Planning Department where he engaged in the asset allocation of entire Dai-ichi Life’s general account asset. He also has an experience working at an US based hedge fund as a trainee in 2007. He earned Bachelor of Economics in Keio University.

She has been involved in framework building, implementing, portfolio construction and management of a global private markets program for institutional investors with primary focus on Private Equity; currently at ORIX Life Insurance Corporation, previously at Government Pension Investment Fund (GPIF) and firstly at Sony Life Insurance Co., Ltd., since 2000. She started her career at Mitsubishi Bank, Ltd. (MUFG Bank, Ltd.) where she covered Corporate Finance and Operational Improvement in commercial banking business.

She received a B.A. in Law from Kyoto University.

Masa Yoshizawa is Representative Director and Partner of The Longreach Group, Inc. (“LGI”) which he co-founded in 2003. LGI is a Tokyo based consulting firm that provides investment consulting services in Japan with a focus on the mature industrial and technology, business services, consumer related sectors, and financial services.

Mr. Yoshizawa’s lead responsibilities include investment strategy, advisory on business development, research, and execution of opportunities in Japan. Mr. Yoshizawa has had key origination and advisory roles in conglomerate divestitures such as the acquisition and exit of OCC Corporation, SANYO Electric Logistics, Hitachi Via Mechanics, Sol-Plus Group, Primo Japan, Nippon Outsourcing Corporation, Kohikan, Fujitsu Component and Japan Systems.  He is involved in management of the businesses he advises and is a member of the board.

Before founding LGI, Mr. Yoshizawa was Managing Director and Head of Technology and Healthcare Investment Banking at Morgan Stanley in Japan, where he focused on advising large Japanese conglomerates on execution of major carve-outs of non-core businesses in the semiconductor, computer industrial technology and other healthcare related areas. Before joining Morgan Stanley, he spent seven years at Robertson, Stephens & Company as Managing Director and Head of the Tokyo office where he established its start-up operations in Tokyo including investment banking, equity sales and asset management business. Mr. Yoshizawa started his banking career at The

Mr. Yoshizawa holds a Bachelor of Laws from Hokkaido University and was Valedictorian of his class of 1984. He served as the Chairman of Japan Private Equity Association for two years from September 2015. Mr. Yoshizawa is also a member of Japan Association of Corporate Executives.

Kazuhiro Yamada is a Managing Director and Head of Carlyle Japan buyout advisory team. He is based in Tokyo.

Prior to joining Carlyle, Mr. Yamada was a Senior Vice President of Daiwa Securities SB Capital Markets Co. Ltd (“Daiwa”) where he engaged in cross-border M&A deals along with Lazard Freres. Prior to that, he worked in investment banking for five years, project finance for five years, and commercial banking for five years at Sumitomo Bank (currently "Sumitomo Mitsui Banking Corporation"). From 2017 to 2019, he served as Chairman of the Japan Private Equity Association.

Mr. Yamada is a board member at Money Square Holdings, Inc, and SANKYO RIKAGAKU CO., LTD.

Mr. Yamada received a B.S. from the Doshisha University in Kyoto, and completed the Stanford Executive Program at the Stanford Graduate School of Business in 2010.

Before joining KPMG in 2016,being a senior member at a boutique M&A firm based in Japan, he built and led an Asia-Japan cross border M&A team and created overseas partner networks.

From 2002 to 2013, he was an investment banker at UBS in Tokyo and New York, mainly covering major financial institution clients as well as multinational clients.

Before 2002, he was a senior sell-side research analyst at Goldman Sachs in Japan after he started a professional career at Mizuho Bank

Atsushi Akaike is Partner, Co-Head of Japan, joined CVC in 2015.Mr. Akaike is a member of CVC Japan team and is based in Tokyo. Prior to joining CVC, he spent over eleven years at Advantage Partners as a Senior Partner, he led Management and Leveraged Buy-Out transactions. Prior to this, he worked for McKinsey & Co., Tokyo, and PricewaterhouseCoopers. Atsushi holds a Doctor of Philosophy from Colorado School of Mines, a Master of Science and a Bachelor of Engineering degree from The University of Tokyo.